An American tourist travelling in Limerick came across a little antique shop in which he was lucky enough to pick up, for a mere $150, the skull of Saint Patrick. Included in the price was a certificate of the skull's authenticity, signed by Saint Patrick himself.

Three Irishmen, Paddy, Sean and Shamus, were stumbling home late one night and found themselves on the road which led past the old graveyard.

"Come have a look over here," says Paddy, "It's Michael O'Grady's grave, God bless his soul. He lived to the ripe old age of 87."

"That's nothing," says Sean, "here's one named Patrick O'Toole. It says here that he was 95 when he died." 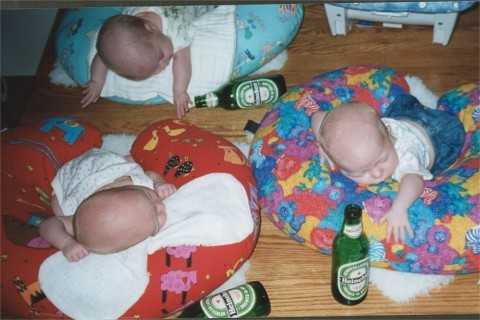 Fly in the Beer

One day an Englishman, a Scotsman, and an Irishman walked into a pub together. They each proceeded to buy a pint of Guinness.

Just as they were about to enjoy their creamy beverage, a fly landed in each of their pints and became stuck in the thick head.

The Englishman pushed his beer from him in disgust.

Read more: Fly in the Beer